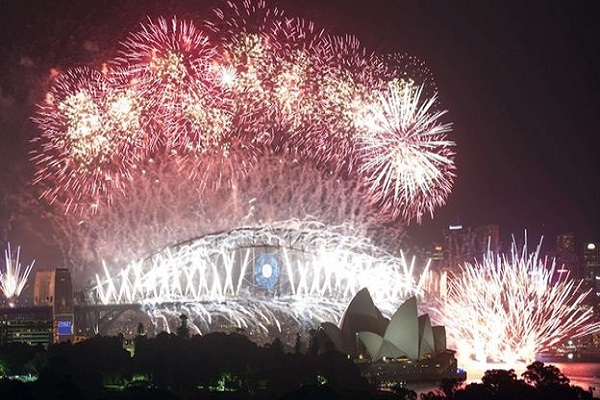 Earlier, Auckland in New Zealand was one of the first cities to ring in the new year, at 11:00 GMT on Tuesday.

Cities in eastern Asia will be the next to usher in 2014, with Beijing, Jakarta and Singapore all hosting celebrations.

Among other cities planning big firework displays, Dubai will aim for a world record for the largest display.

The display will be streamed live on the internet. Organisers say it will stretch over 30 miles (50km) of seafront, with the highest fireworks reaching more than one kilometre in height. bbc