France dispatched 1,600 troops to the country so far, where at least 300 people have died in two days 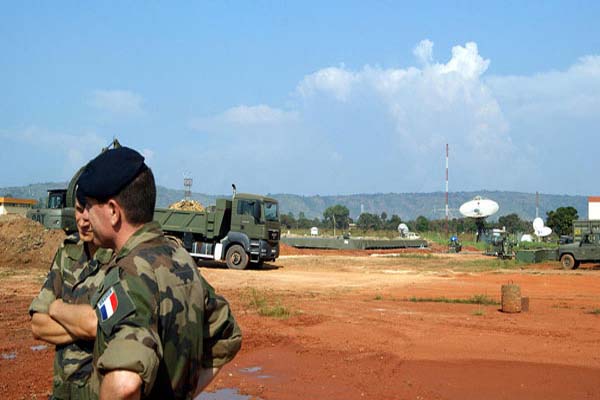 French forces started deploying to the north and west of Central African Republic on Saturday to secure main roads and towns outside the capital, French army spokesman Gilles Jarron said. "We have started to deploy outside of Bangui," Jarron said, adding that pre-positioned troops had crossed the border from Cameroon into the west of Central African Republic. France will increase its troop deployment in Central African Republic to 1,600 soldiers by Saturday evening, French President Francois Hollande said. "On Thursday evening, there were 600 troops. Last night there were 1,000 and by tonight there will be 1,600," he told a news conference to mark the end of a France-Africa summit. "It's a number that will remain as long as necessary for this mission."

Until now, France had said it was sending 1,200 men to Central African Republic.

The Central Africa Republic's shaky interim authorities on Saturday ordered all forces except foreign peacekeepers and the presidential guard off the streets of Bangui, where gunfire has eased but attacks on civilians have continued.

A senior U.N. aid official said French and African peacekeepers must push into neighbourhoods where "senseless" Muslim-Christian killings are rife, not just control the main roads of the capital.

Clashes resumed in Bossangoa, about 300 km (190 miles) north of Bangui, a day after an African peacekeeper was killed there, a witness there said.

The order for gunmen to return to barracks in Bangui, read on national radio, came as France dispatched 1,200 troops to the country, where at least 300 people have died in two days of violence in which rival militias clashed and then wholescale killings between Muslims and Christians began.

A reinforced French force stepped up patrols of the dilapidated, riverside capital and warplanes flew low overhead. But residents and rights groups said that killings had taken place on Friday down alleys away from the major arteries.