The Serpentine has paid tribute to Eric Hobsbawm the great historian and intellectual who has died at the age of 95. 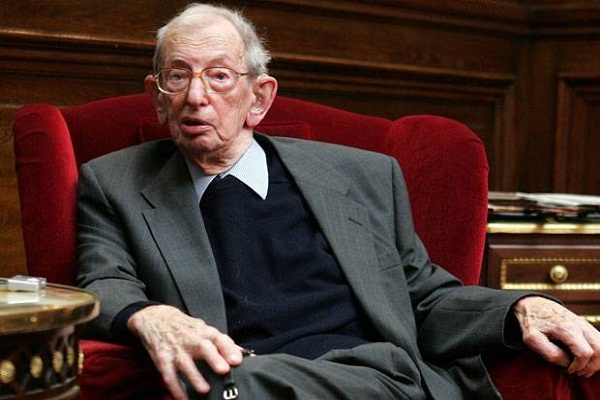 “The world mourns the passing of one of history’s greatest minds. An inspiration to so many, he has been a mentor and a guiding light for the Serpentine’s annual Marathon events over the past seven years. He recently provided us with the following words: “I belong to a profession whose business it is to protest against forgetting - but which also knows that memory is complex and sometimes dangerous.” Eric Hobsbawn, May 2012

Eric Hobsbawm took part in the Interview Marathon in 2006 and the Manifesto Marathon in 2008. He was advisor on the forthcoming Memory Marathon on 13 and 14 October. The Gallery will dedicate the event to his memory, with a special section with contributions from Donald Sassoon and Jay Winter.

Eric Hobsbawm (born 1917, Alexandria, died 2012, London) was educated in Austria, Germany and England. He was a Fellow of the British Academy and of the American Academy of Arts and Sciences, and a Foreign Member of the Japan Academy, with honorary degrees from universities in several countries. He taught, until his retirement, at Birkbeck College, London and at the New School for Social Research, New York. In addition to The Age of Revolution (1962) The Age of Capital (1975) The Age of Empire (1987) and The Age of Extremes (1994), his latest books included How to Change the World (2011) and his memoir, Interesting Times (2003)