DOLLAR 18,45
EURO 17,81
GOLD 972,15
BIST 3.281,61
The British pound slipped to 1.1187 against the US dollar on Friday, its...
London’s Transport Commissioner Andy Byford set to leave TfL
Tax cuts are likely to push UK borrowing and debt to unsustainable levels
Karaca launches limited-edition collaboration with visionary designer...
South Africans are demanding return of Great Star of Africa
Registration for the New Term Art, Language and Music Short Courses has...
Plan ahead if visiting London for the State Funeral of Her Majesty Queen...
How to get to the back of the queue! Queen Elizabeth II lying in state...
Karaca will be showcasing its Karaca X Chalayan collection at Design London
Armenian forces periodically opened fire on several Azerbaijani army positions

The terminal will remain open in both directions 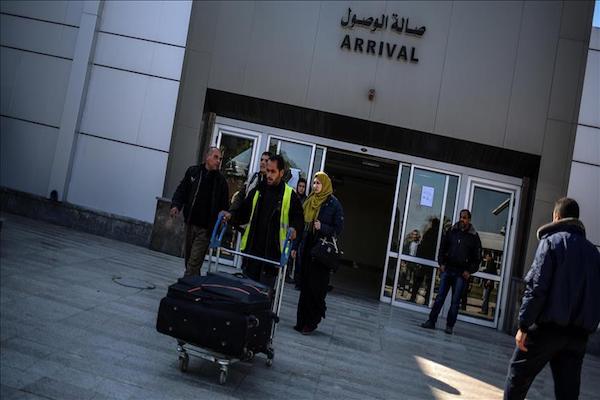 “The terminal will remain open for three days in both directions,” Hamas-run Gaza’s crossings authority said in a statement. Students, patients and foreign residency holders will be allowed to cross the terminal during the three-day period, the authority said. An Anadolu Agency correspondent at the crossing said hundreds of travelers have gathered on the Palestinian side of the border since early Monday morning.

According to Gaza’s border crossings authority, roughly 16,000 people in Gaza have registered and are now on the waiting list to leave the strip.

Since the overthrow of President Mohamed Morsi in a 2013 coup, Egypt has kept the border with Gaza mostly sealed.

The long periods of closure at the crossing -- which represents Gaza's only point of access to the outside world not under Israeli control -- have brought the coastal enclave’s nearly 2 million inhabitants to the verge of humanitarian catastrophe.