A panel discussion hosted by the World Association of Newspapers and News Publishers (WAN-IFRA) and the Office of the Special Rapporteur for Freedom of Expression at the African Commission on Human and Peoples’ Rights, revealed 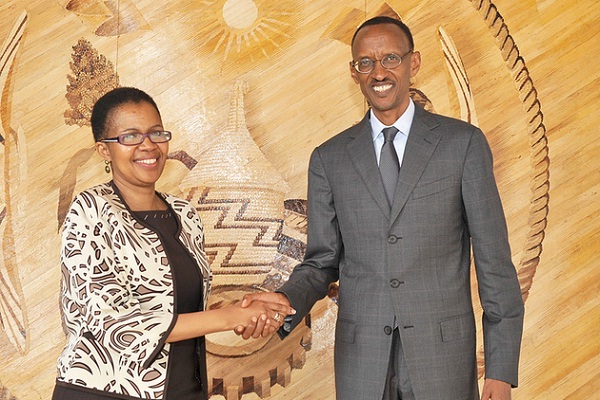 More than 100 participants from 25 countries attending this week’s African Editors Forum in Kigali, Rwanda, heard how the Declaration of Table Mountain campaign and a complimentary initiative led by African Special Rapporteur for Freedom of Expression, Pansy Tlakula, are encouraging heads of state to repeal criminal speech laws and lift restrictions on a free press.

A panel discussion hosted by the World Association of Newspapers and News Publishers (WAN-IFRA) and the Office of the Special Rapporteur for Freedom of Expression at the African Commission on Human and Peoples’ Rights, revealed how criminal defamation and insult laws are hindering Africa’s press and in turn, the economic and social progress of its people.

Speaking on behalf of WAN-IFRA’s continent-wide Declaration of Table Mountain campaign, initiated by African editors during the 2007 World Newspaper Congress in Cape Town, media expert Amadou Kanoute warned: “The big challenge ahead is to create and enable a conducive environment for journalists to report the news without the threat of jail.”

Following a 2010 resolution from the African Commission on Human and Peoples’ Rights that called on heads of state to repeal criminal defamation, Ms Tlakula’s office launched a complimentary pan-African campaign in October 2012.

A spokesperson for Ms Tlakula’s initiative, Lola Shyllon, said there were two main objectives: “We want to repeal criminal defamation and insult laws so that journalists can write the news freely without the fear of committing a criminal offence, and we want to ensure that any fines under civil statutes are proportional.”

“Democracy cannot thrive without a free press,” said Abdul-Rahman Harruna Attah, editor of the Accra Mail in Ghana. “Media professionals must continue to strive for ethical and editorial perfection and the state must recognise that laws which restrict freedom of the press restrict the growth of a nation.”

These sentiments were echoed by Boubacar Diallo, president of the Maison de la Presse in Niger, who said: “As democracy needs a plural press, as the public need sound information, journalists must be respectful of the rules of the profession.”

The African Editors Forum has been instrumental in gaining the support of President Mahamadou Issoufou of Niger and President Ellen Johnson Sirleaf of Liberia, both of who have signed the Declaration of Table Mountain and committed to repealing criminal defamation and insult laws.

Participants at the Kigali congress were encouraged to join their colleagues in Niger, Liberia and Ghana and advocate for their heads of state to repeal laws that criminalise speech.