Italian news agency ANSA reported that six people died in the Lazio village of Accumuli, close to the epicenter of the quake 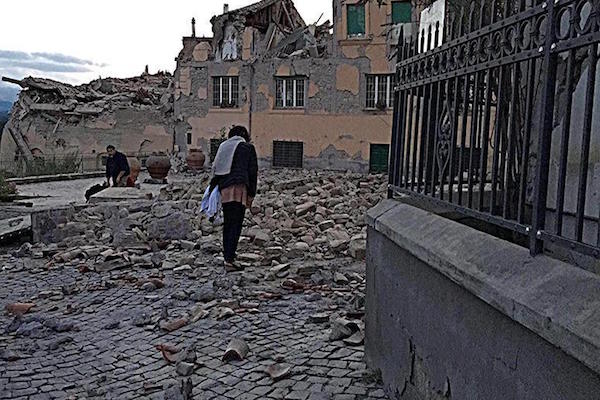 Italian news agency ANSA reported that six people died in the Lazio village of Accumuli, close to the epicenter of the quake. Five deaths were also reported in Amatrice, also in Lazio. Ten others died in Pescara del Tronto.

ANSA said the earthquake struck at 3.36 a.m. local time (1:36 GMT) and was followed by aftershocks. Officials fear the number of victims will likely rise as many people are trapped under rubble.

Early, the U.S. Geological Survey reported that a 6.2 magnitude earthquake struck at a shallow depth of 10 kilometers [six miles] southeast of Norcia -- a town and commune in Perugia, central Italy.

The organization said that the earthquake occurred as the result of shallow normal faulting on a NW-SE oriented fault in the Central Apennines.

It said that the central Apennine region has experienced several significant quakes in recorded history, including the April 2009 6.3-magnitude earthquake which struck near the town of L’Aquila, killing at least 295 people, injuring over 1,000 and leaving 55,000 or more homeless.