DHL has to respect union rights in Turkey

"The right of workers to engage in trade union activities has to be recognised. 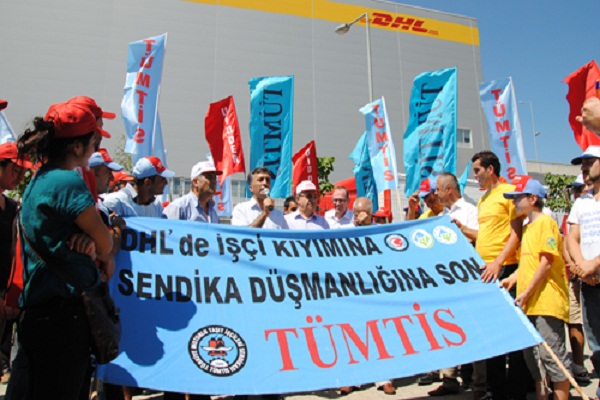 Regarding the dispute between Deutsche Post DHL and the TÜMTIS union, the German Vereinte Dienstleistungsgewerkschaft (ver.di) has called on the multinational company to respect union rights in Turkey. "The right of workers to engage in trade union activities has to be recognised.

What brought the dispute about was an organising campaign by the Turkish union in the DHL logistics division in Istanbul. To this, the company reacted with the dismissal of workers who were active union members and has so far refused to enter into any dialogue with the union. In the company division concerned, the workforce is made up by about 1,300 workers and approximately 1,000 agency workers.

The union is aiming to condition payment and working hours. In a conversation with the President of TÜMTIS, Kenan Öztürk, ver.di pledged its support.