Deep concerns over the Human Rights Situation of the Iraqi Turkmen 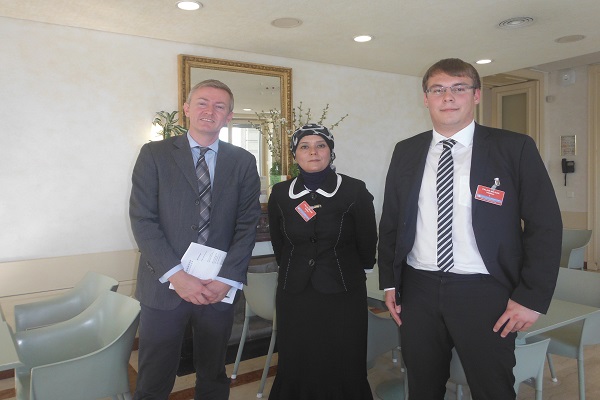 Ms. Abbas highlighted the Human Rights violation and degrees of attacks that have been carried out against the Iraqi Turkmen, which include but are not limited to, kidnappings, extrajudicial killings, and land grabbing in Turkmen-inhabited areas, supported by reports and documentations. She included the areas, commonly referred to as the disputed areas, have been out of reach of any independent agencies to report the whole situation and human rights violation in these areas, because these areas have been claimed as unsafe areas by the Iraqi and Kurdish regional government.

Mr. Fox expressed his deep concern through briefed on these reports and stressed the importance of independent experts mandated by the UN to report and advise on the human rights situation of the Iraqi Turkmens in these areas.