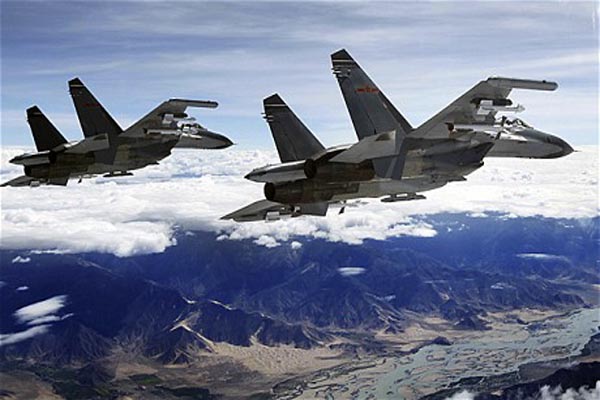 China sent warplanes on Thursday over to the disputed Senkaku islands in the East China Sea in response to Japanese and South Korean flights over the region earlier this week. The unihabited islands are owned by Japan but have been the focus of a long running territorial dispute between China and Japan. The announcement by China last week of a new air defence identification zone is seen as the latest step to assert its claims over the islands. China has said all planes transiting the zone must file flight plans and identify themselves, or face "defensive emergency measures". China is defining, controlling and monitoring other countries war planes' actions in our air defense zone," the Chinese Defense Ministry said. Air force spokesperson Col. Shen Jinke said the army flew fighter jets including a J-11 and Su-30 "over our air defense identification zone." An airborne radar early warning plane was also sent the disputed area, said the spokesperson.

"We are going to secure our air defense identification zone by monitoring and patrolling" said Jinke, adding that they will take measures "on different air threats".

Japan and South Korea have announced that they have flown through China’s newly declared air defense zone in the East China Sea without informing Chinese authorities.

The US also sent on Monday two unarmed B-52 bombers over the small islands in the region.