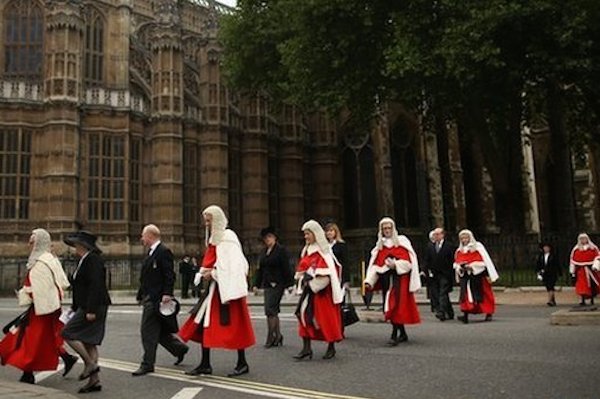 Britain is a “deeply elitist” society where people educated in private schools and at prestigious universities are overrepresented in the upper echelons of public life, the Social Mobility and Child Poverty Commission has said. The Elitist Britain? report released Thursday analyzed more than 4,000 people in British public life and found "elitism… so stark that it could be called ‘Social Engineering.’"
The research found those educated at Oxford and Cambridge universities are "dramatically overrepresented" in public life, with 75 percent of senior judges, 59 percent of government cabinet ministers, 47 percent of newspaper columnists and 33 percent of leading opposition politicians having attended. Less than one percent of the British public has been to Oxbridge, as Britain’s two leading universities are known collectively. The report says a lack of diversity among the leading positions in society risks ignorance of the issues facing people from different backgrounds.
It added that 26 percent of BBC executives and 43 percent of newspaper columnists attended independent, fee-paying schools. The judiciary was marked as one of the most privileged professions with 14 percent of judges having attended either Eton, Westminster, Radley, Charterhouse or St Paul's Boys independent schools. The annual cost of sending a boy to Eton is around 33,000 GBP ($54,000) a year, compared to an average salary in the U.K. of 26,500 GBP. Commission Chairman Alan Milburn said: "This research shows that, despite decades of effort to open up opportunity in this country by successive governments, the U.K.'s top jobs remain disproportionately held by people from a narrow range of backgrounds."
He said that important institutions appeared to be a "cosy club." Milburn hoped the report would prompt change among institutions that have such a "critical role to play in making Britain a country where success relies on aptitude and ability more than background or birth.”