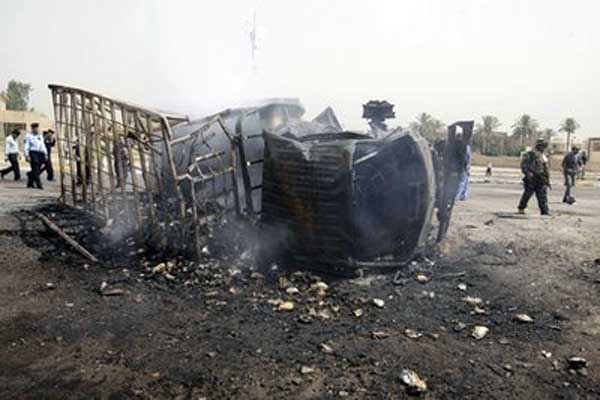 Seven people were killed and 26 injured in explosions that took place on Sunday in the Iraqi capital of Baghdad, security sources said. One blast occurred in the Sadr City in the north, where a car bomb near an elementary school caused three deaths and eight injuries. None of the teachers or students was harmed. Another explosion from a roadside bomb in the southern town of al-Ridwaniya, killed a further three people and injured seven. Two more explosions in al-Ghadir killed one. Iraq has suffered almost ceaseless violence in the last decade, marked most prominently by a US-led invasion in 2003. Estimates of casualties in the war that lasted till 2010 go up to over a million people dead, and are put at least in the order of a hundred thousand. Since then, major security problems have become commonplace in Iraq, with governments experiencing severe power vacuum.