Barack Obama, 'No strategy to launch strikes on IS in Syria' 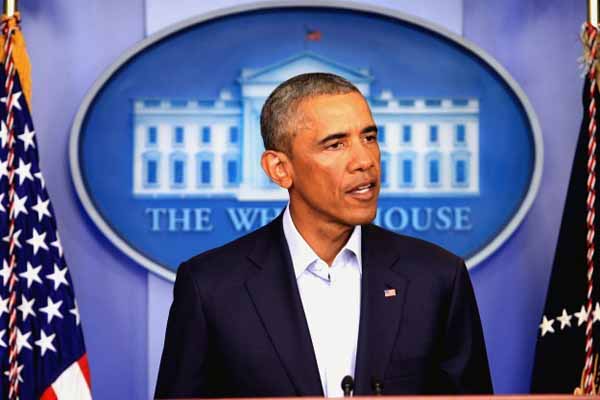 Several media outlets have suggested that Obama has been considering airstrikes on IS bases in Syria.  During a press conference at the White House Obama said these reports are a little further ahead of where the U.S. is currently. "I don't want to put the cart before the horse. We don't have a strategy yet," Obama said.  U.S. forces have carried out dozens of strikes against the terror group’s militants in Iraq since early August, however, militants have been mobilizing across the Syrian-Iraqi border, which raised the issue that the group’s Syrian bases must be dealt with in order to defeat them. Obama noted that dealing with the bases in Syria is not only a military issue, but also a political issue.  It’s an issue involving all the Sunni states in the region and Sunni leadership recognizing that this cancer that has developed is one that they have to invest in defeating, he added. Islamic State militants surged into Iraq in early June and took control of several predominantly Sunni cities, pushing the Iraqi forces back to Baghdad.  The group started to move toward northern Iraq to take over the Kurdistan Regional Government and caused tens of thousands of civilians, mostly Yezidi, a small religious minority in Iraq, to take shelter in the Sinjar mountain.

Obama noted that he has been deliberating several options that focus primarily on making sure that ISIL does not overrunn Iraq.

"My priority at this point is to make sure that the gains that ISIL made in Iraq are rolled back and that Iraq has the opportunity to govern itself effectively and secure itself," the president said.

Responding to a question about whether defeating IS could help Syria's Bashar al-Assad keep power, Obama said that the areas that IS has occupied were not controlled by Assad and Assad doesn’t seem to have the capability or reach to get into those areas.

"I don’t think there’s a situation where we have to choose between Assad or the kinds of people who carry on the incredible violence that we’ve been seeing there," he said. "We will continue to support a moderate opposition inside of Syria in part because we have to give people inside of Syria a choice other than ISIL or Assad," he said.