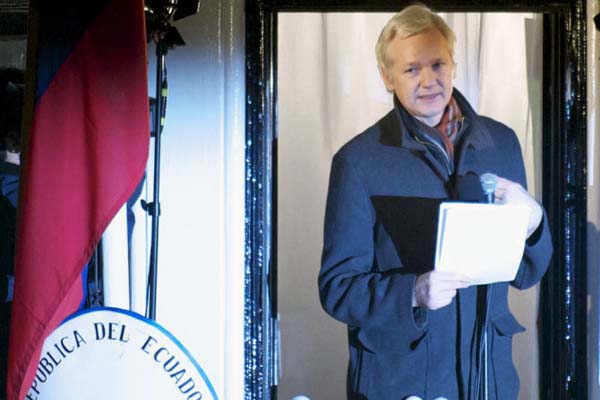 The founder of WikiLeaks, Julian Assange, has spoken to Russia Today while on bail in London, UK. Assange, who stands trial for leaking secret information from the US, doubted that the US would give up its mass surveillance program, the NSA, which has been spying on governments and citizens all over the world. Referring to US defector Edward Snowden who revealed the covert operations after fleeing to Russia, Assange said “Edward Snowden was motivated largely by Bradley Manning, both by the success of his revelations and by the ill treatment of him in prison, demonstrating that the US government lacks moral authority and it is not possible to change the system from within. This very conversation is part of that process.”

After saying that a new international culture consensus was forming among the youth against surveillance, Assange criticized mainstream media, saying ”The New York Times censors material, or that The Washington Post censors material, or the Guardian, or Central Asian Republic newspapers. They are power institutions. They have interests. What has gone on historically is that they have been very hypocritical institutions in pretending that they are always free to publish anything that is truthful and that the public is interested in. That is false and that is the illusion that needs shattering.”

Assange has been staying in the Ecuadorian embassy in London after being granted diplomatic asylum since June 2012. In May, the Ecuadorian foreign minister accused the UK authorities, who are attempting to extradite Assange, of violating his human rights.