An amazing night, with an exciting result 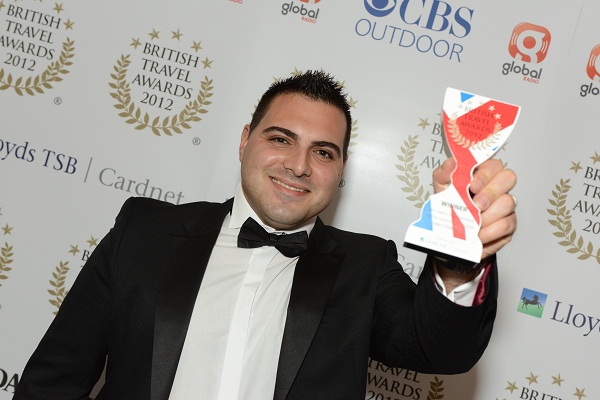 At a glamorous ceremony held on the 1st of November, the multi-award winning North Cyprus tour operator, Direct Traveller was recognised for its quality service through winning a prestigious British Travel Award!

“An amazing night, with an exciting result! Thanks to everyone for voting and everyone at Direct Traveller for their hard work! We are proud to be recognised for our level of service by the British public, and hold our place at such a key industry event”

The BTA’s are the largest consumer voted awards programme in the UK. More than one million votes were cast this year, and competitors included well known travel companies such as Thomas Cook and Abercrombie & Kent.

For each of the seventy-five categories, nominees must first be approved by a panel of industry insiders before facing the public vote. The outcome is not only judged by customers though, but also must be confirmed and audited by Deloitte LLP.  BTA chief executive, Lorraine Barnes Burton has said of the award: “It is a benchmark for excellence when it comes to finding out who really is the best in the business of travel for the UK consumer.”

The BTA logo is one that is recognisable as reassurance of quality and professionalism. This acknowledgement emphasises Direct Traveller’s trustworthy image for ensuring the comfort and safety of travellers, as well as reflecting the company’s high levels of customer satisfaction.

This wonderful achievement also coincides with Direct Traveller’s approaching 10th year anniversary, illuminating how far the company has come with much hard work.  Winning a British Travel Award marks the start of many more exciting developments to come