Power and communications systems were down in most of the southeastern Iranian province following a major 7.8 magnitude earthquake 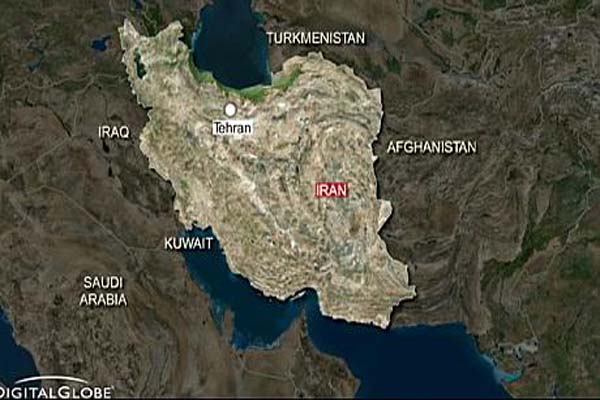 A major earthquake struck Iran near the border with Pakistan on Tuesday and an Iranian official said hundreds of people were feared to have been killed. Tremors from the 7.8 magnitude quake were also felt in India and Gulf states. At least 1,200 buildings collapsed in Pakistan on Tuesday.  Pakistan's Meteorology Department announced that the greatest damage took place in Taftan city at the Iranian border.  Pakistani officials have said that hundreds may have been killed in Tuesday's earthquake. The U.S. Geological Survey said the quake hit at 10:44 GMT at a depth of 15.2 km (9.4 miles). "It was the biggest earthquake in Iran in 40 years and we are expecting hundreds of dead," said the official, who spoke on condition of anonymity. People in the city of Zahedan poured into the streets when the earthquake struck, Iran's Fars news agency reported. All communications in the area have been cut, the Iranian Red Crescent's Mahmoud Mozaffar told state television. Rescue teams have been dispatched to the affected area, he said. "In the aftermath of this earthquake five evaluation teams from the Khash and Saravan branches were sent to the area to assess damage," Mozaffar said. The epicenter was in southeast Iran in an area of mountains and desert, 201 km (125 miles) southeast of Zahedan and 250 km northwest of Turbat in Pakistan, USGS said.

Most of Iran's nuclear-related facilities are located in central Iran or its west, including the Bushehr nuclear power plant on the Gulf coast. A U.S. Institute for Science and International Security map did not show any nuclear-linked facilities in southeastern Iran close to Pakistan.

Earlier in the day two smaller tremors were felt in India's Himalayan region close to the Chinese border.

An official at India's disaster management authority said the tremors felt in New Delhi and across northern India were because of the earthquake in Iran.