The 5.7 magnitude quake was felt as far away as the Indian capital of New Delhi, the latest in a string of tremors to shake Asia this month. 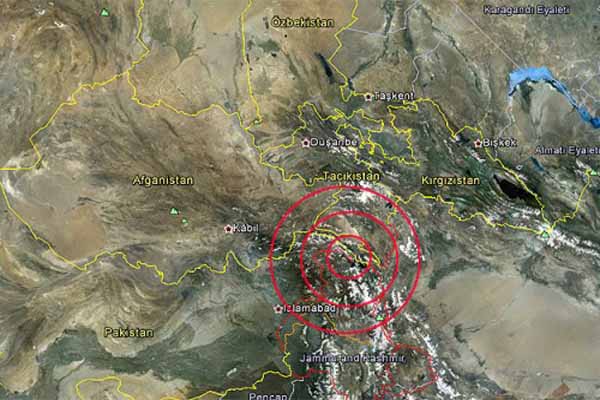 An earthquake centred in Afghanistan's east killed at least four people and injured almost 70, after wet weather weakened the country's traditional mud-brick homes, officials said on Wednesday. The 5.7 magnitude quake was felt as far away as the Indian capital of New Delhi, the latest in a string of tremors to shake Asia this month. The quake was 40 miles deep with an epicentre 11 km (seven miles) from Mehtar Lam, the capital of Afghanistan's eastern province of Laghman, according to the U.S. Geological Survey's website. Initial reports from officials in neighbouring Nangarhar and Kunar provinces said four people had been killed, with the death toll expected to rise. Sixty-nine people were injured.

Wednesday saw steady rain across most of Afghanistan, which would have weakened the traditional mud-brick homes many Afghans live in, said the deputy chief of Afghanistan's National Disaster Management Authority.