48 killed in Tripoli clashes in Libya

48 people have been killed in clashes in Libya's capital city Tripoli over night, 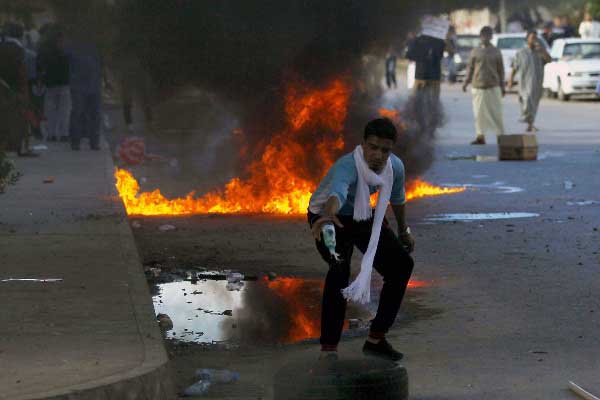 The death toll from clashes that erupted in Tripoli on Friday between Libyan protesters and armed militias has risen to 48. Around 300 people were injured in the violence. An earlier toll by the Libyan Health Ministry put the number of deaths at 31 -- all of them protesters who had been participating in massive demonstrations to demand that armed militias leave the capital. When protesters approached Tripoli's upscale Gharghour neighborhood, they came under heavy fire from armed militiamen, triggering clashes. Libyan army troops eventually arrived at the scene to break up the warring sides, as fighter jets flew overhead at low altitudes.

According to eyewitnesses, protesters managed to take over some local militia offices.

"I cannot remain at my post and take responsibility for an army that is incapable of deterring a militia and stopping it from killing unarmed people," Gnaidi told Anadolu Agency.

Libyans have struggled to restore law and order to their country since the death of longstanding strongman Muammar Gaddafi two years ago.

The transitional government and its security forces have also struggled to contain the armed militias that helped overthrow Gaddafi, but which held onto their weapons after the 2011 NATO-backed uprising.