Syrian police personnel were deployed in Syria’s northern city of Jarabulus, for the first time since the city was liberated by Turkey-backed forces from Daesh militants. 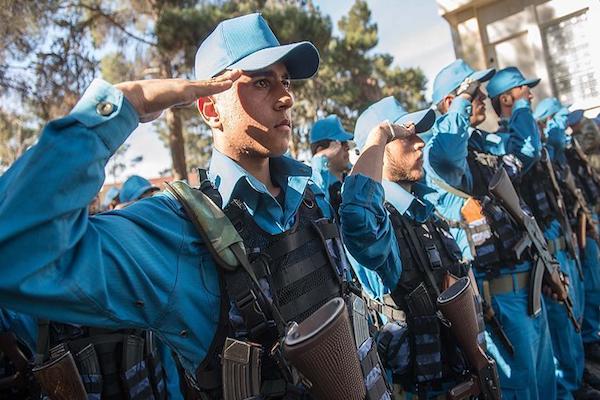 “With police forces deployed, Jarabulus gives hope for a free Syria,” he said.

The offensive aimed to improve security, support coalition forces and eliminate the terrorist threat along the Turkish border.

“The situation in Jarabulus will improve day by day thanks to Operation Euphrates Shield,” Yerlikaya said.

He said the new police force in Jarabulus has received a 5-week training at the request of the Free Syrian Army in the southern Turkish city of Mersin.

“[This force] will guarantee the security and stability of Jarabulus,” he said.

Jarabulus police commander Raed Hamid, for his part, said his forces will spare no efforts to maintain security across the northern Syrian city.

Syria has been locked in a devastating civil war since early 2011, when the Bashar al-Assad regime cracked down on pro-democracy protests with unexpected ferocity.