The new phones are a step up in size and quality, with all-aluminium casing and AMOLED 5.1-inch displays. 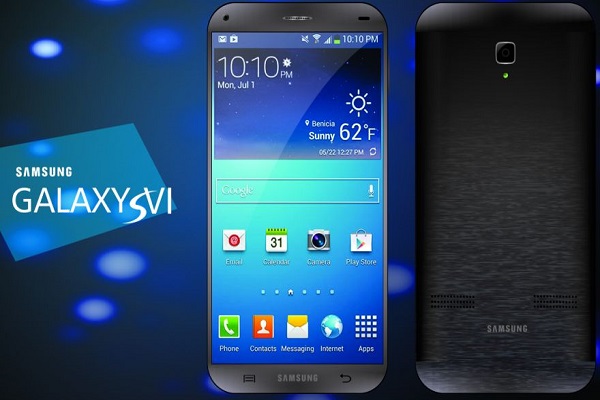 Samsung has long been plagued by complaints regarding its plastic construction and the company says it has completely redesigned its flagship range to address this.And, while it gives each phone a bit of a resemblance to arch-rival Apple's iPhone 6, the upwards shift in quality is definitely a good thing.

"Our goal was simple, we wanted the most beautiful smartphone in Samsung's history and tghe most advanced smartphone in the world," said Samsung Electronics CEO JK Shin at the launch event in Barcelona.

The tech giant says it used a new glass moulding technique to curve the glass around the Galaxy S6 Edge. And, like the earlier Samsung Galaxy Note Edge, the curve of the screen can be used for various features.One of which is a visual representation of your top five contacts lined up down the side with the option to call or message them with a tap. Each is colour co-ordinated and there's the option to add a profile picture that displays when you swipe out from the side of the screen.(www.mirror.co.uk)