iphone 5, Good, Bad and Ugly side 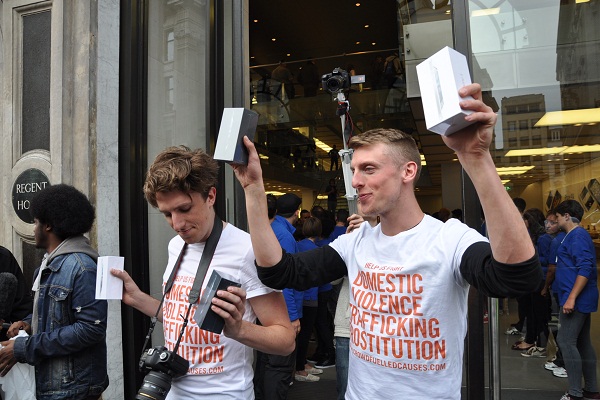 Erdal Katar/London- Apple, iPhone 5 - The thinnest, lightest, fastest iPhone ever. It's so thin and so light, yet iPhone 5 features a larger display, a faster chip, the latest wireless technology, an 8MP iSight camera, and more

CNN writes, "The most diehard fans of Apple's iconic iPhone were completing what's become an annual rite of passage on Friday as lines that snaked for blocks in some cases began filing into Apple retails stores to be the first to get an iPhone 5."

Here is the Good and bad comments on cnet.com

The good: "The iPhone 5 adds everything we wanted in the iPhone 4S: 4G LTE, a longer, larger screen, and a faster A6 processor. Plus, its top-to-bottom redesign is sharp, slim, and feather-light."

The bad: "Sprint and Verizon models can't use voice and data simultaneously. The smaller connector renders current accessories unusable without an adapter. There's no NFC, and the screen size pales in comparison to jumbo Android models."

The bottom line: "The iPhone 5 completely rebuilds the iPhone on a framework of new features and design, addressing its major previous shortcomings. It's absolutely the best iPhone to date, and it easily secures its place in the top tier of the smartphone universe."