Flappy Bird has caused a sensation after rising out of obscurity to become one of the most downloaded mobile games on both Apple and Google's online stores. 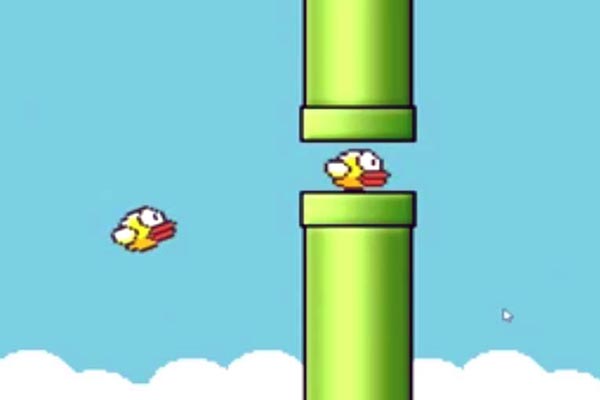 Flappy Bird has caused a sensation after rising out of obscurity to become one of the most downloaded mobile games on both Apple and Google's online stores. Users have to steer a bird between green pipes. The Android version has been downloaded up to 50 million times, and attracted more than half a million reviews. Many people have been questioning Dong on Twitter about his decision to take down the game as only a day earlier he had been talking about developing the game for Microsoft's Windows phones. Dong could not be reached for comment. He had turned his telephone off after cancelling an interview with Reuters on Thursday and not finalising arrangements for one on Friday. Unlike other successful game makers such as Rovio Entertainment, which produced the hugely popular Angry Birds game and has hundreds of programmers, Dong made Flappy Bird by himself in a few nights, he said on Twitter earlier.

The game, which he said was inspired by Nintendo's Mario Bros, has been earning on average $50,000 a day from advertising, Dong said in a media interview.

Two friends of Dong said Nintendo had sent him a warning letter. However the Japanese game maker said it was not considering a lawsuit.

"It sounds very much like a rumour, and if it is, we certainly can't comment on that," Nintendo's media representative told Reuters on Friday.

One gaming company manager said Dong's decision to take down the game was wise.

"Dong is taking one step back to avoid legal risk because it's too difficult to deal with legal issues himself if it happens," said Duy Doan, a senior manager at VTC Online, one of Vietnam's leading game companies.

Dong said earlier that he was not looking for any investors and would not sell the game. One expert said investors would not be interested.

"Flappy Bird is not to the taste of many game investors because it's just hit-based which will bring very uncertain cash flow and no recurring," said Nguyen Hieu Linh, investment manager at the Japanese CyberAgent Ventures Inc.

"I doubt he needs to fund raise as he's already earned a certain amount of money and he doesn't need more help to make this kind of mini game," Linh added.