Forlan ends his professional football career at age of 40 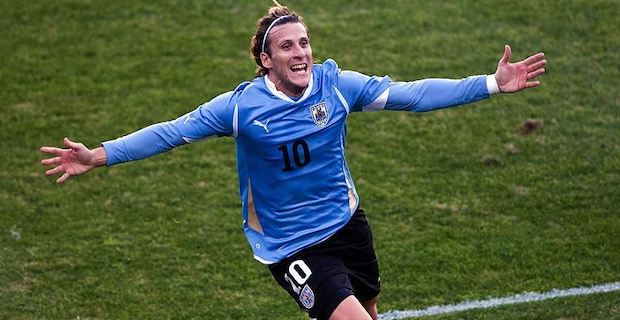 Uruguayan forward Diego Forlan retired from professional football, he announced early Wednesday.  "After 21 years, I made the decision to end my career as a professional footballer. A beautiful stage closes full of great memories and emotions but another of new challenges will begin," Forlan, 40, said on Twitter.

The player thanked everyone who accompanied him in this journey.

During his football career, Forlan played for many European clubs such as Spain's Atletico Madrid and Villarreal, English team Manchester United and Italy's Inter Milan.

Forlan was regarded as an integral part of Uruguay national team, scoring 36 goals in 112 international matches.

In the 2010 FIFA World Cup, Forlan netted five goals in seven matches as he helped his nation reach semifinals in South Africa.

Keywords:
FootballDiego ForlanUruguayan
Your comment has been forwarded to the administrator for approval.×
Warning! Will constitute a criminal offense, illegal, threatening, offensive, insulting and swearing, derogatory, defamatory, vulgar, pornographic, indecent, personality rights, damaging or similar nature in the nature of all kinds of financial content, legal, criminal and administrative responsibility for the content of the sender member / members are belong.
Related News