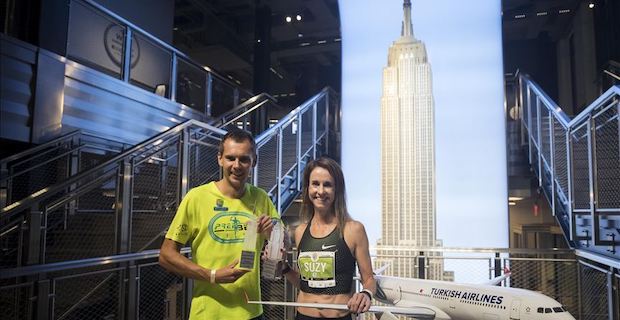 The 42nd Empire State Building Run-Up, the world’s most famous tower race sponsored by Turkey’s national flag carrier Turkish Airlines, was held in New York City on Tuesday. Approximately 200 runners from around the world climbed the 102-story Empire State Building, which is one of the city’s landmarks. The runners climbed 1,576 stairs and 1,050 vertical feet (320 meters) to the 86th floor of the fifth tallest building in the U.S. for the annual event.  The defending champion Suzy Walsham from Singapore won the women's race in 12 minutes and 18 seconds. This was Walsham's tenth victory in the race. She had climbed the building in 12 minutes and 56 seconds last year.  Piotr Lobodzinski of Poland won the men's race in 10 minutes and 5 seconds. He had won the race in 2017 as well. 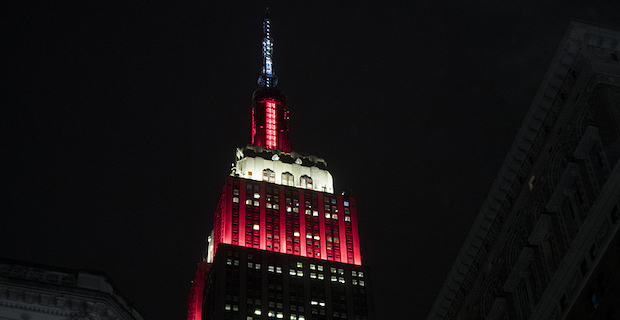 Keywords:
Turkish AirlinesEmpire StateThe Empire State Building
Your comment has been forwarded to the administrator for approval.×
Warning! Will constitute a criminal offense, illegal, threatening, offensive, insulting and swearing, derogatory, defamatory, vulgar, pornographic, indecent, personality rights, damaging or similar nature in the nature of all kinds of financial content, legal, criminal and administrative responsibility for the content of the sender member / members are belong.
Related News