Turkey to play against Russia in UEFA Nations League 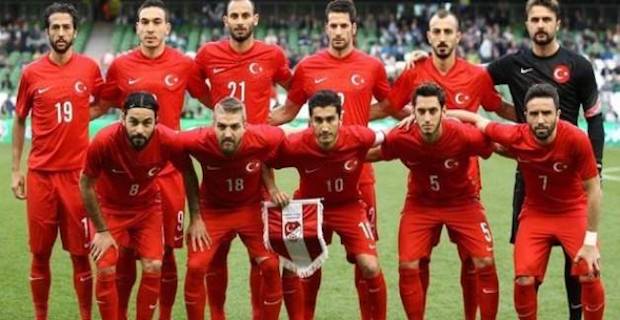 Turkey will play against Russia in their first UEFA Nations League match on Friday.

The match will start at 9.45 p.m. local time (1845GMT) on Friday in Medical Park Stadium in Trabzon, northern Turkey.

The last game between Russia and Turkey ended 1-1 in friendly match in July.

Turkey will face Russia and Sweden in League B, Group 2. The group winner will move up to Group A and the team ranking at bottom of the group will move down to Group C.

Turkey will also play an away match against Sweden on Sept. 10.

The league will kick off on Thursday pitting world champions France against Germany.

The 55 associations were split into four leagues according to their rankings. The group winners in Leagues B, C and D gain promotion and those who finish bottom of the groups in Leagues A, B and C are relegated.

Turkey's squad against Russia is as follows:

Keywords:
UEFATurkey Russia MatchTurkey Russia UEFA Nations League Match
Your comment has been forwarded to the administrator for approval.×
Warning! Will constitute a criminal offense, illegal, threatening, offensive, insulting and swearing, derogatory, defamatory, vulgar, pornographic, indecent, personality rights, damaging or similar nature in the nature of all kinds of financial content, legal, criminal and administrative responsibility for the content of the sender member / members are belong.
Related News