Tottenham announce the signings of Tanguy Ndombele and Jack Clarke

After 518 days, Tottenham Hotspur fans are finally in for a treat. Last year's Champions League finalists have revealed the signing of Tanguy Ndombele for a club record fee of £53.8m (with incentives) from Ligue 1 side Olympique Lyon, and Jack Clarke for a fee of £10m from Championship side Leeds United. However it was revealed that Clarke would be sent back to Leeds for a year loan spell. 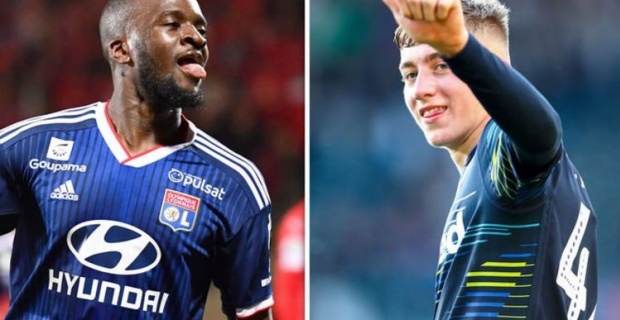 The 22-year old French international midfielder has had a great season with Olympique Lyon in 2018/19, scoring 3 goals and assisting 8 times in all competitions. Tanguy Ndombele has also had 6 caps for the French national team. He started his professional career with League 2 side Amiens in 2016. After a successful loan spell with Lyon in 2017, he had a permanent transfer for a fee of only €8m in 2018.

The previous record signing of Spurs was Colombian international centre-back Davinson Sanchez, with a fee of £42m in 2017. Many sources suggest that Manchester United displayed major competiton against Spurs in the race to sign the French star and even attempted to "hijack" the deal. Ndombele is set to earn around £200,000 per week in North London, with a 6-year contract. Known for his versitality in position changes, Ndombele can be effective both in the midfield and the right wing position. This is the exact type of player Spurs need to solidify their midfield, as Ndombele is a player with high work rates in both attacking and defending.

18-year old Jack Clarke was the first official signing by Mauricio Pochettino since the arrival of Lucas Moura in January 2018. Clarke earned himself 2 goals and 2 assists in 24 Championship games last season. The inexperienced winger is set to return back to the Championship for a 1-year loan spell with Leeds United. Tottenham have announced that Clarke has a 4-year contract with the club.

When asked about his loan deal back to Leeds, Clarke said: "I'm delighted to join Tottenham and in the short term I'll be giving my all to hopefully help Leeds win promotion,"

Keywords:
Tottenham HotspurSpursJack ClarkeTanguy Ndombele
Your comment has been forwarded to the administrator for approval.×
Warning! Will constitute a criminal offense, illegal, threatening, offensive, insulting and swearing, derogatory, defamatory, vulgar, pornographic, indecent, personality rights, damaging or similar nature in the nature of all kinds of financial content, legal, criminal and administrative responsibility for the content of the sender member / members are belong.
Related News