Serena Williams out of Wimbledon 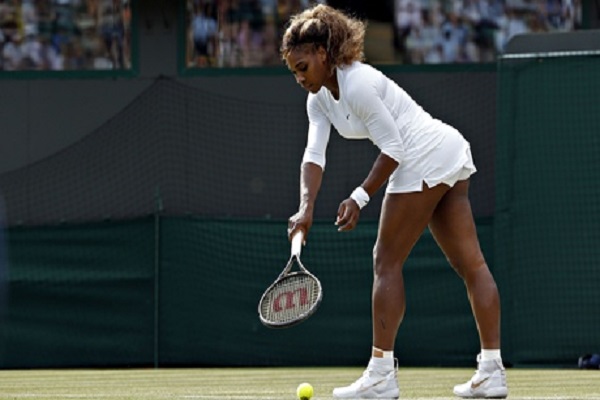 The American, whose singles hopes had ended with a shock third-round defeat on Saturday, left the All England Club looking wan and struggling to focus, a pale shadow of the woman who has dominated the sport for the past two years.

Wimbledon said the world No1 Williams had been suffering from a viral illness and it was a sad and bizarre end to the American’s tournament, not to mention a worrying sight, seeing her hardly able to play. In the warm-up she missed two shots altogether and could not even catch the balls thrown to her by the ball girls. Once the match began she was slow, unsteady on her feet and hit four double faults in a row, the best server in the sport hardly connecting with the ball.