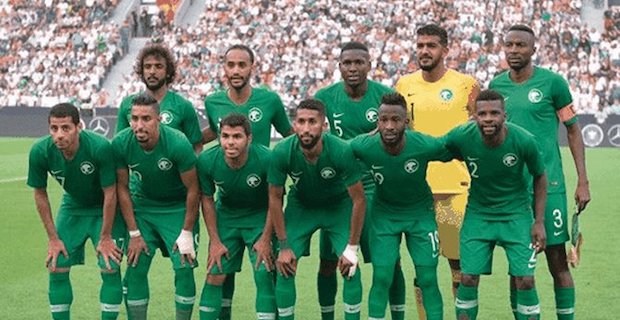 Saudi Arabia will play against Palestine for the Asian Cup qualifiers in the occupied West Bank this month, the Kingdom’s sports authority said on Friday. The move marked a change in the policy of the Saudi Arabia, since the Kingdom, and other Arab countries, previously played their games against Palestine in a third country as it requires to apply for Israeli entry permits to play in Palestine.

The qualifiers match for the 2022 World Cup is set to be played in Ramallah on Oct. 15.

Saudi Arabia said it agreed to play in Palestine upon the request of the latter.

The football authority of Saudi Arabia said on Twitter: "At the request of our Palestinian brothers, the Saudi Football Federation has agreed to play the team's first match in the Asian qualifiers for the 2022 World Cup against Palestine ... on Oct. 15... in Ramallah."

Four years ago, Jordan and Egypt hosted similar games as a third country upon Palestine’s request, while Arab clubs and national teams have historically refused to come to Palestine under Israeli permit.

Yet, in recent years, some Arab countries including Iraq, Jordan, the United Arab Emirates and Bahrain have played against Palestine in the occupied West Bank.

Keywords:
Saudi ArabiaPalestineAsian CupWest Bank2022 World Cup
Your comment has been forwarded to the administrator for approval.×
Warning! Will constitute a criminal offense, illegal, threatening, offensive, insulting and swearing, derogatory, defamatory, vulgar, pornographic, indecent, personality rights, damaging or similar nature in the nature of all kinds of financial content, legal, criminal and administrative responsibility for the content of the sender member / members are belong.
Related News