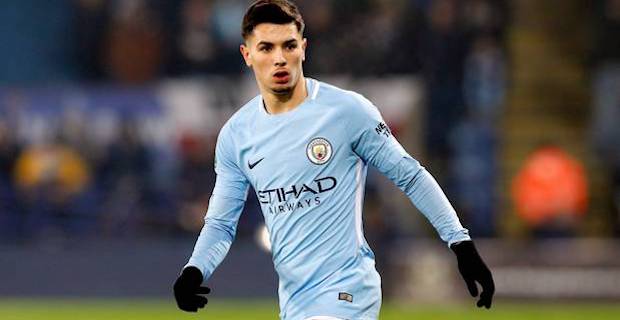 Diaz, 19, joined Manchester City from Spain's Malaga when he was 14 years old and played four times this season.

Real Madrid lost 2-0 to Real Sociedad at home in Santiago Bernabeu Stadium on Sunday and are in fifth place with 30 points in Spanish La Liga, while Barcelona beat Getafe 2-1, staying stronger on top of the league with 40 points.

According to British media, Real Madrid paid a transfer fee of £15 million (around $19 million) to Manchester City for the Spanish teen.

Keywords:
Manchester CityReal Madrid
Your comment has been forwarded to the administrator for approval.×
Warning! Will constitute a criminal offense, illegal, threatening, offensive, insulting and swearing, derogatory, defamatory, vulgar, pornographic, indecent, personality rights, damaging or similar nature in the nature of all kinds of financial content, legal, criminal and administrative responsibility for the content of the sender member / members are belong.
Related News