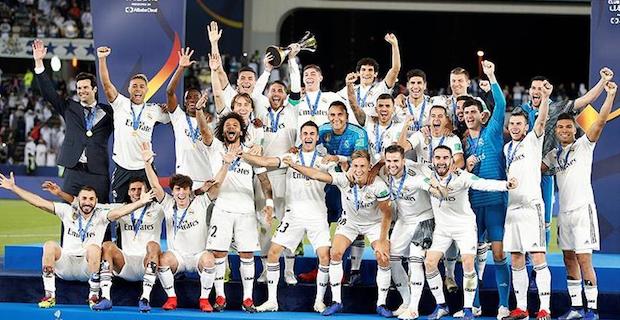 Avrupa Times/Vatan Oz-Spain's Real Madrid replaced England's Manchester United as world's richest football club, data revealed on Thursday.According to the latest Deloitte Football Money League statistics based on revenue for the 2017-18 season, Manchester United moved down to the third place, below Real Madrid and Barcelona. Among the top 10 are six English and two Spanish clubs. Germany and France joined the list each with one club each.English teams dominated the list, while Spanish giants Real Madrid and Barcelona top the list."Generating record revenue of €750.9m [$851.7 million], Real Madrid return to first place in the Money League for the first time since 2014/15, posting the second-highest lead over second place (FC Barcelona) in Money League history (€60.5m) [or $68.6 million]," the Deloitte Football Money League said on Thursday.

"Overall, the 20 highest earning football clubs in the world generated a record €8.3bn ($9.4 billion) of combined revenue in 2017/18, an increase of 6 percent on the previous year," it said.

The Top 10 Revenue Generating Clubs are as follows:

Keywords:
Real MadridWorld Football Richest Club
Your comment has been forwarded to the administrator for approval.×
Warning! Will constitute a criminal offense, illegal, threatening, offensive, insulting and swearing, derogatory, defamatory, vulgar, pornographic, indecent, personality rights, damaging or similar nature in the nature of all kinds of financial content, legal, criminal and administrative responsibility for the content of the sender member / members are belong.
Related News