Arsenal, Chelsea, Liverpool, Manchester City, Manchester United and Tottenham are among 12 clubs who have agreed to join a new European Super League. 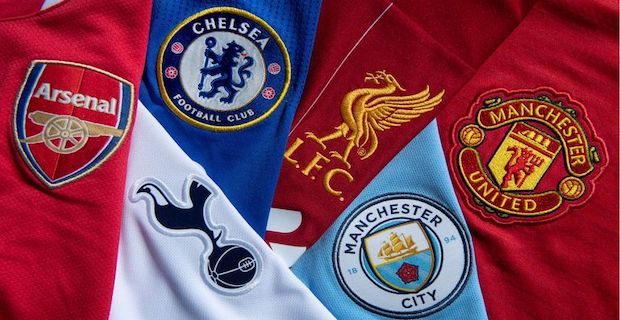 In a seismic move for European football, the Premier League clubs will join AC Milan, Atletico Madrid, Barcelona, Inter Milan, Juventus and Real Madrid. The ESL said the founding clubs had agreed to establish a "new midweek competition" with teams continuing to "compete in their respective national leagues".

It said the inaugural season was "intended to commence as soon as practicable" and "anticipated that a further three clubs" would join the breakaway.

The ESL said it also planned to launch a women's competition as soon as possible after the men's tournament starts.

UK Prime Minister Boris Johnson, Uefa and the Premier League condemned the move when the news broke on Sunday.

And speaking on Monday, he said the government was "going to look at everything that we can do with the football authorities to make sure that this doesn't go ahead in the way that it's currently being proposed".

Critics say the move is being driven purely by money, would destroy domestic leagues and is against the integrity of the sport.

Unlike the Champions League, which teams must qualify for, the ESL would include the same 15 teams every year, with the remaining five qualifying annually.

World governing body Fifa had previously said it would not recognise such a competition, and any players involved could be denied the chance to play at a World Cup.

Uefa, Europe's governing body, reiterated that warning on Sunday when it said players involved would be banned from all other competitions at domestic, European or world level and could be prevented from representing their national teams.

After the ESL was announced, Fifa expressed its "disapproval" of the proposed competition and called on "all parties involved in heated discussions to engage in calm, constructive and balanced dialogue for the good of the game".

The ESL has sent a letter to Fifa president Gianni Infantino and Uefa boss Aleksander Ceferin issuing notice of legal proceedings in European courts designed to block any sanctions the two governing bodies may try enforce over the formation of the ESL.

In a statement, the ESL said: "Going forward, the founding clubs look forward to holding discussions with Uefa and Fifa to work together in partnership to deliver the best outcomes for the new league and for football as a whole."

Keywords:
Manchester CityArsenalPremier LeagueManchester UnitedLiverpoolChelseaTottenhamBig SixEuropean Super League
Your comment has been forwarded to the administrator for approval.×
Warning! Will constitute a criminal offense, illegal, threatening, offensive, insulting and swearing, derogatory, defamatory, vulgar, pornographic, indecent, personality rights, damaging or similar nature in the nature of all kinds of financial content, legal, criminal and administrative responsibility for the content of the sender member / members are belong.
Related News