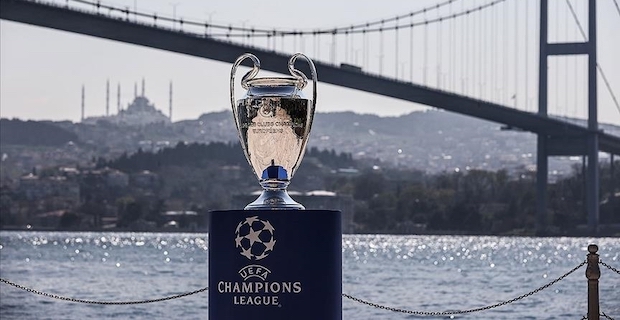 UEFA on Thursday said the 2021 Champions League final on May 29 will be played in Portugal rather than Turkey due to the coronavirus pandemic.

"The UCL final between Manchester City and Chelsea will now be held at the Estadio do Dragao in Porto. 6,000 fans of each team will be able to attend," UEFA said on Twitter.

"The UCL final was scheduled to be at the Ataturk Olympic Stadium in Istanbul but, following the UK government’s decision to place Turkey on its red list of travel destinations, staging the final there would have meant none of the clubs’ domestic fans would be able to travel," the European football's governing body said.

"UEFA is grateful also for the continued partnership and cooperative spirit of the Turkish football authorities, as well as the understanding they showed in this particular circumstance and will urgently look into future opportunities for the city of Istanbul," it added.

Turkey began a 17-day lockdown on April 29 that will last until May 17, also covering this week’s Eid al-Fitr holidays.

One of the largest stadiums in Portugal, Estadio do Dragao (Dragon Stadium) is the home of Porto that has a capacity for over 50,000 spectators.

The venue was built for the UEFA EURO 2004 tournament.

The 2020 Champions League final was held in Portugal as well.

Keywords:
UEFAChampions League FinalPortugal
Your comment has been forwarded to the administrator for approval.×
Warning! Will constitute a criminal offense, illegal, threatening, offensive, insulting and swearing, derogatory, defamatory, vulgar, pornographic, indecent, personality rights, damaging or similar nature in the nature of all kinds of financial content, legal, criminal and administrative responsibility for the content of the sender member / members are belong.
Related News