Second week of UEFA Champions League ends with eight matches in Group A, B C and D 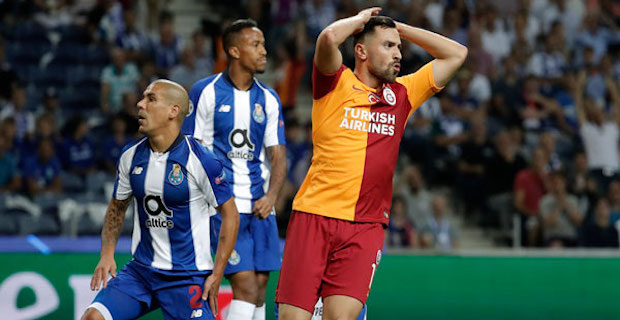 After the first half ended 0-0, a header by Porto's Moussa Marega gave the hosts the lead early in second half in the 49th minute, with the match ending 1-0.

Porto shares the top spot in Group D with Germany's Schalke 04 with 4 points each followed by Galatasaray with 3 points and Lokomotiv Moskva with no points in two matches.

To date, the UEFA Champions League Cup has proved elusive for Turkish clubs, with the Lions being the only Turkish club to have won the UEFA Cup in 1999-2000 and the 2000 UEFA Super Cup. 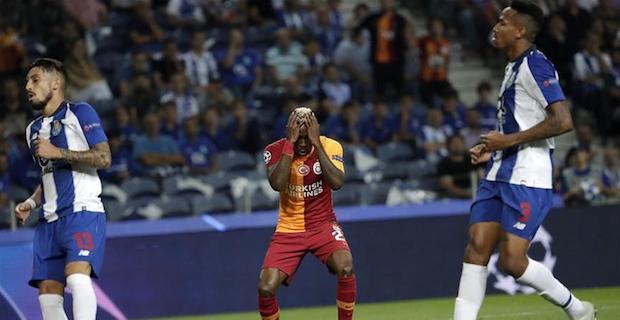 The second week of the UEFA Champions League ended Wednesday with eight matches in Group A, B C and D that included three hat-tricks.

Juventus' Cristiano Ronaldo missed play against Switzerland's Young Boys due to a one-match ban. Despite his absence, Juventus beat them 3-0 with a hat-trick by Paulo Dybala.

Roma defeated Czech side Viktoria Plzen 5-0 as Edin Dzeko scored a hat-trick while Turkish right winger Cengiz Under scored a goal and made one assist.


The following are Wednesday’s matches:

Keywords:
Champions LeagueUEFA Champions LeaguePorto Beat GalatasarayPorto Galatasaray
Your comment has been forwarded to the administrator for approval.×
Warning! Will constitute a criminal offense, illegal, threatening, offensive, insulting and swearing, derogatory, defamatory, vulgar, pornographic, indecent, personality rights, damaging or similar nature in the nature of all kinds of financial content, legal, criminal and administrative responsibility for the content of the sender member / members are belong.
Related News