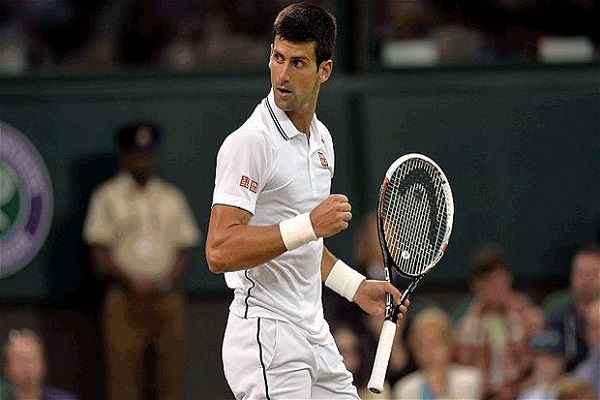 Novak Djokovic tends to save his Tarzan histrionics for when he wins a grand slam but, given 16 months have elapsed since he claimed the last of his six titles, his arms-outstretched gesture upon routing the ebullient Jo-Wilfried Tsonga in the fourth round on Monday night told its own story. The top seed has felt profoundly chastened at losing four of his last five major finals and this hugely impressive victory against the Frenchman, who rallied with a rousing defiance in the third set, marked the reassertion of his status as tennis’s alpha male.

Strictly speaking, Djokovic’s celebration was a little premature, as umpire Pascal Maria ruled that his ripped backhand return for a winner in the deciding tie-break had flown wide. But he challenged, successfully, and his jubilation was complete following a 6-3, 6-4, 7-6 triumph.