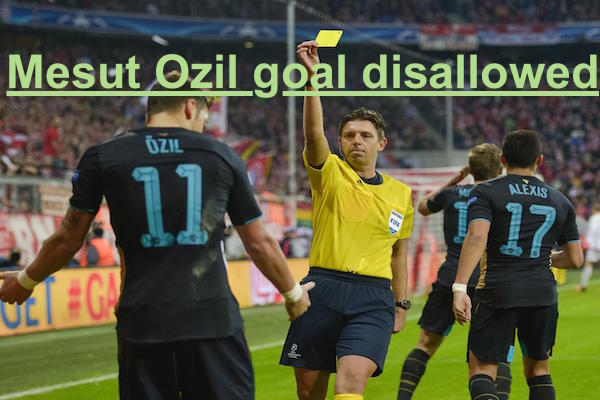 Avrupa Spoert7Latest-London-Mesut Ozil saw his goal disallowed against Bayern Munich in the Champions League group stage fixture tonight, Nacho Monreal crossed for Ozil, but it was decreed that it came off his arm and not his shoulder. The ball is allowed to touch a player's shoulder. Ozil was booked for the incident. The German midfielder's goal would have been the Gunners' equaliser at the Allianz Arena.Robert Lewandowski put Bayern in the 10th minute, while Thomas Muller made it two before the half hour mark. The Gunners went into the game in third place in Group F, three points behind leaders Bayern.