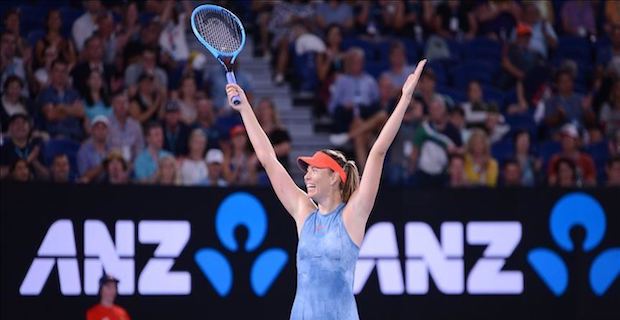 Five-time Grand Slam champion Maria Sharapova retired from tennis Wednesday at the age of 32.  "Tennis—I’m saying goodbye," Sharapova told Vogue and Vanity Fair. "In giving my life to tennis, tennis gave me a life. I’ll miss it everyday. I’ll miss the training and my daily routine: Waking up at dawn, lacing my left shoe before my right, and closing the court’s gate before I hit my first ball of the day," the Russian star said.

Sharapova won her first Grand Slam at Wimbledon in 2004 at age 17. Her last came during the French Open in 2012.

She served a 15-month tennis ban after testing positive for meldonium in 2016.

"Looking back now, I realize that tennis has been my mountain. My path has been filled with valleys and detours, but the views from its peak were incredible," she said.

Keywords:
Maria SharapovaTennis
Your comment has been forwarded to the administrator for approval.×
Warning! Will constitute a criminal offense, illegal, threatening, offensive, insulting and swearing, derogatory, defamatory, vulgar, pornographic, indecent, personality rights, damaging or similar nature in the nature of all kinds of financial content, legal, criminal and administrative responsibility for the content of the sender member / members are belong.
Related News