Club says that if trial successful, barrier seating may be expanded to other parts of stadium 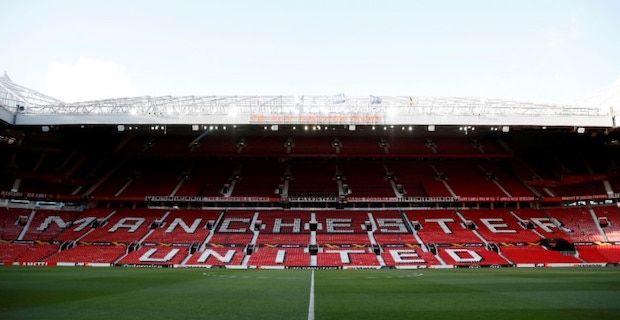 AVRUPA - English Premier League club Manchester United confirmed the approval on Wednesday to install 1,500 barrier seats at the Old Trafford Stadium as a trial measure. "The approval from Trafford Council is an agreement in principle for the club to install around 1,500 barrier seats in the North-East Quadrant in sections N2401 and N2402," the club said in an online statement. On the move, the club's managing director Richard Arnold said: "It should be stated, up front, that our overwhelming priority is to keep our people safe from the COVID-19 pandemic. It may seem strange to talk about stadium plans at this time, but football and our fans will return when it is safe, and our preparations for that must continue in the background." The Old Trafford is one of the biggest stadiums in the UK, with a capacity of roughly 75,000.

"The barrier-seating trial is part of our broader plans to develop the stadium in ways which enhance the matchday experience for supporters," he added.

After 96 Liverpool fans lost their lives during a match against Nottingham Forest in in the standing terraces of Hillsborough Stadium in 1989, fans in the standing position were banned in the stadium in England.

Keywords:
Manchester UnitedMan Utd
Your comment has been forwarded to the administrator for approval.×
Warning! Will constitute a criminal offense, illegal, threatening, offensive, insulting and swearing, derogatory, defamatory, vulgar, pornographic, indecent, personality rights, damaging or similar nature in the nature of all kinds of financial content, legal, criminal and administrative responsibility for the content of the sender member / members are belong.
Related News