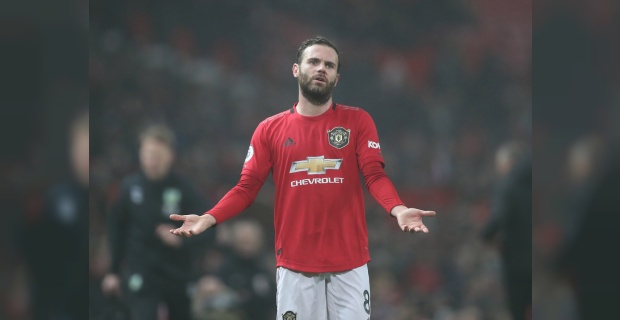 AVRUPA SPORT/VATAN ÖZ-LONDON-JUAN MATA has reportedly thrown the door open to a move to Turkish side Fenerbahce as Ole Gunnar Solskjaer plots a mass clear-out. The Spanish midfielder has fallen down the pecking order at Old Trafford since the arrival of Bruno Fernandes in January. The 32-year-old has clocked up 20 starts in total this season, but 12 of those have come in cup competitions. And the partnership between Fernandes and Pogba, which has been bubbling away since football's restart, could push Mata even closer to the exit door.

According to Turkish outlet Sansursuz Futbol, the 32-year-old is "eager" to leave United and is interested in Super Lig outfit Fenerbahce.The Turkish side would have to fork out a fee for the midfield maestro as he only signed a new deal last June keeping him at Old Trafford until summer 2021.

Mata occupied the right midfield flank during the Red Devil's FA Cup quarter-final victory over Norwich.But Solskjaer preferred Mason Greenwood and Marcus Rashford on the channels during the 5-2 win over Bournemouth. Mata is a huge asset to the dressing-room and Fernandes, Odion Ighalo and Daniel James have all gushed over the former Chelsea man.

Keywords:
FenerbahceManchester UnitedJuan MataTurkish Side FenerbahceFenerbahce Juan Mata
Your comment has been forwarded to the administrator for approval.×
Warning! Will constitute a criminal offense, illegal, threatening, offensive, insulting and swearing, derogatory, defamatory, vulgar, pornographic, indecent, personality rights, damaging or similar nature in the nature of all kinds of financial content, legal, criminal and administrative responsibility for the content of the sender member / members are belong.
Related News