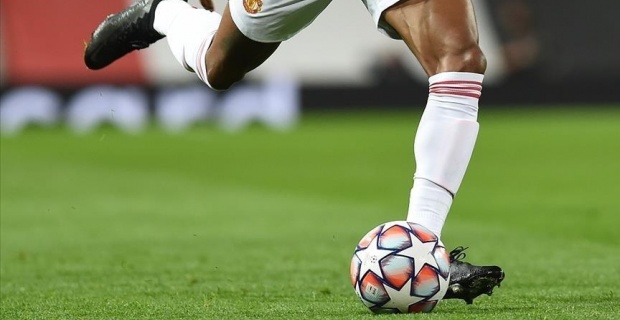 Manchester United striker Mason Greenwood was arrested late Sunday after allegations emerged that he raped and sexually assaulted a woman believed to be his girlfriend. The English Premier League team had earlier announced that Greenwood would not take part in training or appear in any future fixtures for the duration of his suspension and until further notice.

"We are aware of images and allegations circulating on social media. We will not make any further comment until the facts have been established,” the club said in a statement. "Manchester United does not condone violence of any kind,” it added.

The accusations were made on Instagram early Sunday in which videos, photographs and a voice note appeared to show a conversation between Greenwood and a woman. The social media post has since been deleted.  The Greater Manchester Police force also confirmed the arrest of a man in his 20s after a woman reported acts of physical violence.

“Greater Manchester Police was made aware earlier today (Sunday 30 January) of online social media images and videos posted by a woman reporting incidents of physical violence,” the force said in a statement.

“An investigation was launched, and following enquiries, we can confirm a man in his 20s has since been arrested on suspicion of rape and assault. He remains in custody for questioning. Enquiries are ongoing,” it added.

Greenwood joined the team’s academy at the age of six and rose through the ranks, making his first appearance in 2019, where he became the youngest goal scorer in a European competition at the age of 17.

The striker also represented the under-17 and under-21 England national squad before being chosen for the senior team in 2020.

Keywords:
Manchester UnitedMason GreenwoodEnglish Premier League
Your comment has been forwarded to the administrator for approval.×
Warning! Will constitute a criminal offense, illegal, threatening, offensive, insulting and swearing, derogatory, defamatory, vulgar, pornographic, indecent, personality rights, damaging or similar nature in the nature of all kinds of financial content, legal, criminal and administrative responsibility for the content of the sender member / members are belong.
Related News