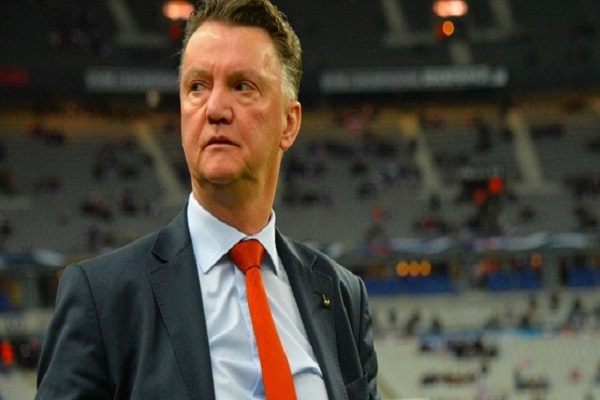 Van Persie's equaliser came after Daley Blind scored in the 87th minute to salvage a point at West Brom on Monday.

"The most pleasing thing is we are believing in making a goal even when the scoreline is bad," Van Gaal said.

"The players are running until the 90th minute to equalise or win."

The Dutchman added: "Chelsea tried to kill the game but my boys ran and fought until the end and at the end we scored and deserved it."

Van Persie was booked by referee Phil Dowd for removing his shirt when celebrating the equaliser at Old Trafford on Sunday.

"He did a stupid reaction after the goal," said Van Gaal. "You can be excited but you don't have to pull your shirt off because then you have a yellow card. It is not so smart."

Van Persie's goal was the first time United had scored in injury time in the Premier League to turn a defeat into a draw, or a draw into a win, since 9 December 2012 - when Sir Alex Ferguson was still in charge - as Van Persie snatched a 3-2 win at Manchester City.