Premier League leaders Liverpool become the first team in the PL history and Europe's top 5 leagues to set the best start by collecting 61 points in 21 games. 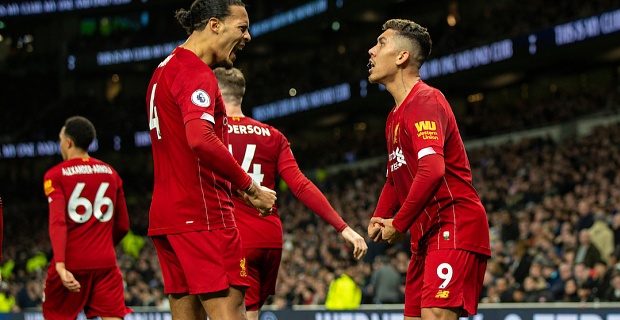 The Reds are closer than ever to winning the Premier League since 1990. With star players such as Sadio Mane, Mohammed Salah, Roberto Frimino, Virgil Van Dijk and Trent Alexander Arnold having major roles this season, Liverpool are 16 points clear above Leicester City who remain second in the league. Furthermore, The Merseyside team has also broken the record of having the best-ever start to a season in Europe's top five leagues. Led by Jurgen Klopp, the team has managed to overtake Bayern Munich's record of 59 points in 21 games, earning 61 points in 21 Premier League matches.

It has been 373 days since Liverpool's last defeat in the Premier League, in the meanwhile they have played 38 games, with 33 wins and 5 draws. The Champions of Europe has scored 90 goals and only conceded 26 times in the league, they also managed to keep 17 cleansheets.

Scottish international left-back Robertson highlighted that "Records don't mean anythingunless they get you the end goal, hopefully this season it will"

Manager Klopp stated "The rest of the season is still quite long and we have a lot of tough games to play, the next one especially tough and we have to make sure we are ready for that." The Reds will face Manchester United next at home in the Premier League this Sunday at 16:30.

Keywords:
Premier LeagueLiverpoolManeSalahAlexander-ArnoldVan DijkRoberstonKlopp
Your comment has been forwarded to the administrator for approval.×
Warning! Will constitute a criminal offense, illegal, threatening, offensive, insulting and swearing, derogatory, defamatory, vulgar, pornographic, indecent, personality rights, damaging or similar nature in the nature of all kinds of financial content, legal, criminal and administrative responsibility for the content of the sender member / members are belong.