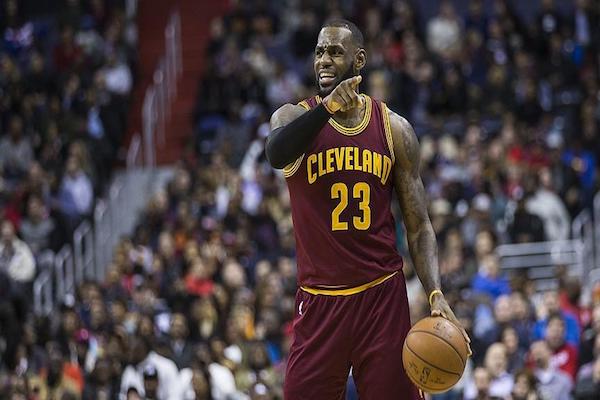 Cavaliers won the match 135-102 and eliminated Celtics 4-1 in the series, with James scoring 35 points. James surpassed legendary Michael Jordan's NBA Playoffs scoring record of 5,987 points, when he scored his 29th point with 2:40 left in the third quarter of Game 5. The victory meant another NBA Finals trip for Cleveland Cavaliers, as they became Eastern Conference Champions for three years in a row. Cavaliers will face Golden State Warriors in the NBA Finals, who swept their way through the playoffs by eliminating Portland Trail Blazers, Utah Jazz and San Antonio Spurs in four games each. Cavaliers, during their run, eliminated Indiana Pacers and Toronto Raptors in four games, the Celtics pushed them for a five-game series. This year's finals match-up marks the third Cavaliers-Warriors clash. The first one in 2015 ended in a Golden State championship, while last year James and co. managed to bring Cleveland its first major sports title in decades when they triumphed against a Warriors team that had its fans revel in a 73-9 season, the best in NBA history. The NBA Finals will start on June 1.