The Argentina international, 33, sent a fax to the club on Tuesday saying he wishes to exercise a clause in his contract, allowing him to leave for free with immediate effect. 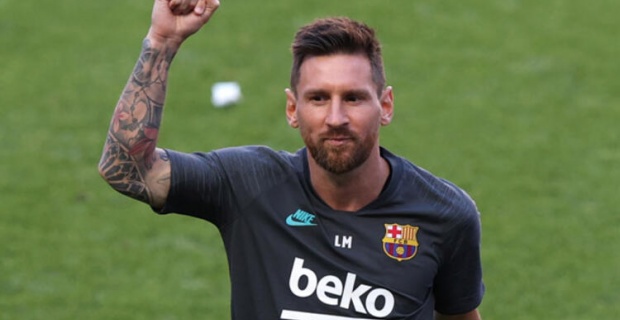 Lionel Messi hands in Barcelona transfer request. Lionel Messi has scored 70 goals in 138 games for Argentina. Legendary Barcelona forward Lionel Messi has asked to leave this summer.The Argentina international, 33, sent a fax to the club on Tuesday saying he wishes to exercise a clause in his contract, allowing him to leave for free with immediate effect.Barca were beaten 8-2 by Bayern Munich in the Champions League quarter-finals on 16 August.

The six-time Ballon d'Or winner made his debut for Barca in 2004 and has won the Champions League four times.

Barcelona, though, believe the clause has now expired and Messi is contracted to the club until 2021 with a 700m euro buy-out clause.The board will meet soon and some consider the only thing that could placate Messi is the resignation of the president, Josep Maria Bartomeu, and early elections. But Messi seems determined to leave the club no matter what.

Keywords:
BarcelonaMessiLionel Messi
Your comment has been forwarded to the administrator for approval.×
Warning! Will constitute a criminal offense, illegal, threatening, offensive, insulting and swearing, derogatory, defamatory, vulgar, pornographic, indecent, personality rights, damaging or similar nature in the nature of all kinds of financial content, legal, criminal and administrative responsibility for the content of the sender member / members are belong.
Related News