Knee knocks out Liverpool's Henderson to end of season 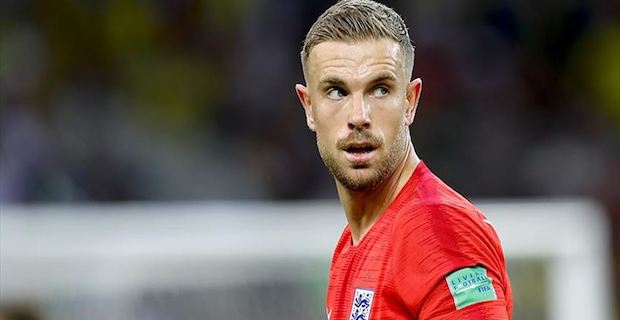 "Unfortunately following the knee injury I picked up against Brighton on Wednesday I will now miss the last two weeks of the season. However, my rehabilitation will start immediately and I’ll be working hard to be back to full fitness in just a matter of weeks in order to be fully ready for the start of the new season," Henderson, 30, said on Instagram.

"Of course it’s not the way I’d have preferred to have finished the season on a personal level but it’s been an incredible campaign for us so far as a team and as a club and I’ll be doing everything I can to support the boys for the final games from the sidelines," he added.

"I’m sure the lads will ensure we finish the season off on a high."

Henderson played for the English teams Sunderland and Coventry before joining the Reds in 2011, scoring 29 goals and making 50 assists in 364 games throughout his career.

Keywords:
LiverpoolJordan Henderson
Your comment has been forwarded to the administrator for approval.×
Warning! Will constitute a criminal offense, illegal, threatening, offensive, insulting and swearing, derogatory, defamatory, vulgar, pornographic, indecent, personality rights, damaging or similar nature in the nature of all kinds of financial content, legal, criminal and administrative responsibility for the content of the sender member / members are belong.
Related News