Juventus take over top spot in Serie A from Inter 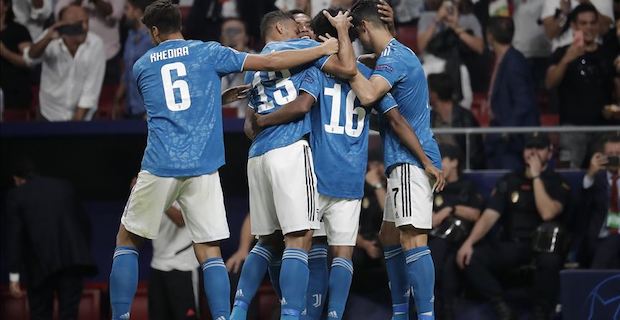 Reigning champions Juventus ended Inter Milan's undefeated football league start to move the top spot of Serie A. On Sunday, Juventus beat Inter 2-1 in an away match in the San Siro. Gonzalo Higuain scored a late winner in the 80th minute to move one point above their opponents. Inter had won all six league games before losing to Juventus.  In Italy's Serie A, Juventus topped the league with 19 points. 'Bianconeri' are followed by Inter with 18 points and Atalanta with 16 points.

After the latest games in the top five European football leagues over the weekend, Liverpool, Real Madrid, Borussia Monchengladbach, Juventus, and Paris Saint-Germain (PSG) are in the top positions in their respective leagues.

In the English Premier League, the leader Liverpool beat Leicester City 2-1 to win the first eight matches of the season in a row.

The leader Liverpool have 24 points followed by Manchester City with 16 points and Arsenal with 15 points.

In the Spanish La Liga, Real Madrid beat Granada 4-2 to remain at the top spot.

The leader Real Madrid with 18 points were followed by Barcelona with 16 points and Atletico Madrid with 15 points.

In Germany's Bundesliga, Borussia Monchengladbach beat Augsburg 5-1 to move up the top spot.

The leader Borussia Monchengladbach having bagged 16 points were followed by Wolfsburg with 15 points and Bayern Munich with 14 points.

Nantes beat Nice 1-0 to move up the second spot.

The PSG topped the league with 21 points, followed by Nantes with 19 points each.

Keywords:
JuventusSerie A
Your comment has been forwarded to the administrator for approval.×
Warning! Will constitute a criminal offense, illegal, threatening, offensive, insulting and swearing, derogatory, defamatory, vulgar, pornographic, indecent, personality rights, damaging or similar nature in the nature of all kinds of financial content, legal, criminal and administrative responsibility for the content of the sender member / members are belong.
Related News