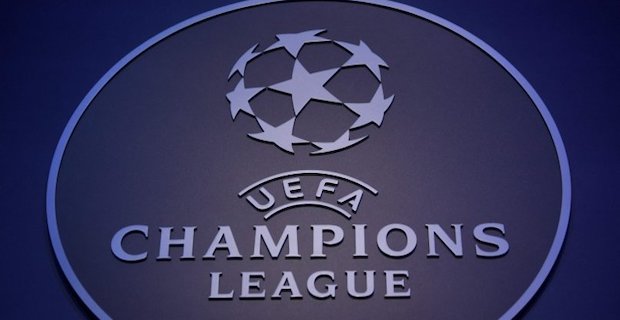 The 2021-22 UEFA Champions League season's groups were revealed after a draw on Thursday. Istanbul hosted the top-tier tournament's group stage draw. UEFA said this season's group phase will kick off on Sept. 14. In addition to the draw, the best players of the 2020-21 season were named. The Group A's Manchester City vs Paris Saint-Germain and the Group F's Villarreal vs. Manchester United will be the interesting contests to watch. Both fueled by Gulf investments, Manchester City and Paris Saint-Germain are European football powerhouses. They built robust teams in 2010s and went on to sign on stars but have never won the Champions League title they desire. Group A will see the clash of these giants. Manchester City played in the Champions League final in May. Paris Saint-Germain were finalists in 2020. Meanwhile, Villarreal vs. Manchester United will also be one of the season's interesting clashes. In May 2021, Spain's Villarreal beat the English club in a penalty shootout to win their first UEFA Europa League title. Villarreal were not the favorites of that final. So Manchester United, who are in the same group with Villarreal in the Champions League, are likely to look for revenge. 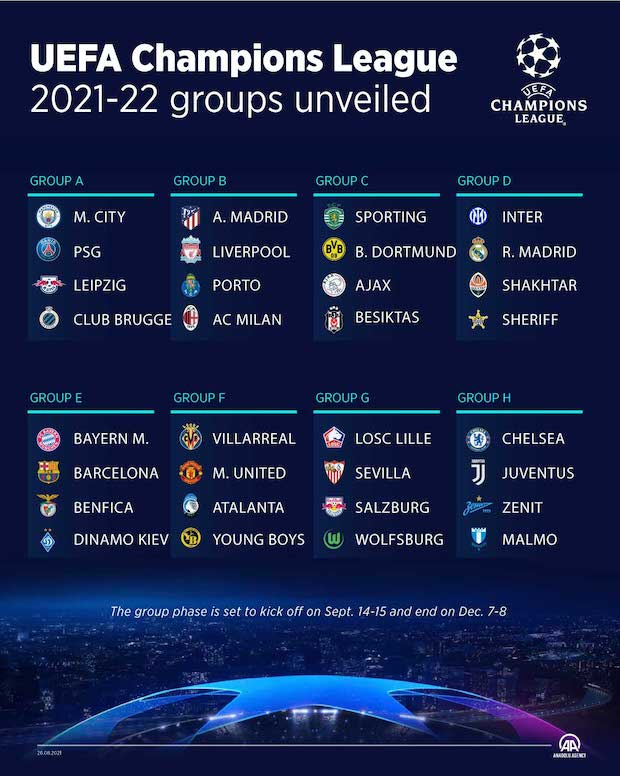 The 2021-22 Champions League groups are as follows:

Besiktas were the only Turkish team that entered the group phase draw.

Eriksen, 29, suffered cardiac arrest during a EURO 2020 Group B game against Finland at the Parken Stadium, Copenhagen.

He was rushed to a Danish hospital after a cardiac massage was performed on the pitch.

Morten Boesen, Denmark's team doctor, had previously said Eriksen "was gone" before being swiftly resuscitated on the pitch.

The Inter Milan star underwent an operation and was discharged from the hospital in June.

Eriksen then said the operation "went well" and he was "doing well under the circumstances."

The players of the 2020-21 season were also revealed in the ceremony and the winners were each given their awards.

The award winners are as follows:

Jorginho, 29, helped Chelsea win the 2021 Champions League in May.

Separately, he won the EURO 2020 title with Italy in July.

Tuchel, 47, was hired by Chelsea in January but led the London team to win the Champions League trophy last season.

Keywords:
UEFAChampions League
Your comment has been forwarded to the administrator for approval.×
Warning! Will constitute a criminal offense, illegal, threatening, offensive, insulting and swearing, derogatory, defamatory, vulgar, pornographic, indecent, personality rights, damaging or similar nature in the nature of all kinds of financial content, legal, criminal and administrative responsibility for the content of the sender member / members are belong.
Related News