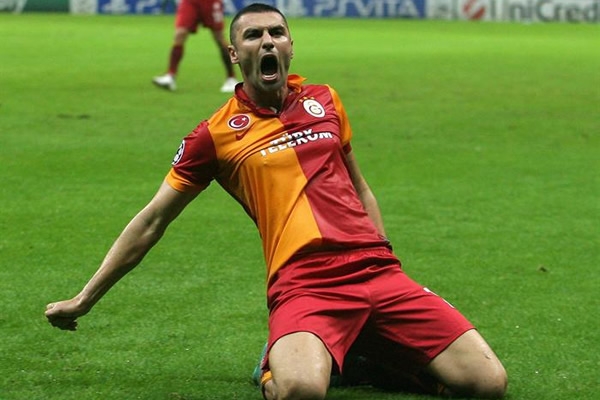 Galatasaray defeated the Portuguese SC Braga by two goals against one in the sixth and final game of Group H of the UEFA Champions League Wednesday night on December 6 at the Estádio Municipal de Braga.

The first goal in the game was scored by Mossaro for SC Braga in minute 32.
In the second half Burak Yılmaz scored the tying goal of the Yellow Reds following the long pass by Emre Çolak to the left which Nordin Amrabat gathered and shot towards the goalpost to be turned into a header goal in minute 57.
In minute 77 Aydın Yılmaz scored the winning goal for Galatasaray following the goal attempt initiated by Selçuk İnan and continued by Albert Reira.
With this win Galatasaray finished the group stage with 10 points as the first runner trailing Manchester United. News: galatasaray.org
Your comment has been forwarded to the administrator for approval.×
Warning! Will constitute a criminal offense, illegal, threatening, offensive, insulting and swearing, derogatory, defamatory, vulgar, pornographic, indecent, personality rights, damaging or similar nature in the nature of all kinds of financial content, legal, criminal and administrative responsibility for the content of the sender member / members are belong.
Related News