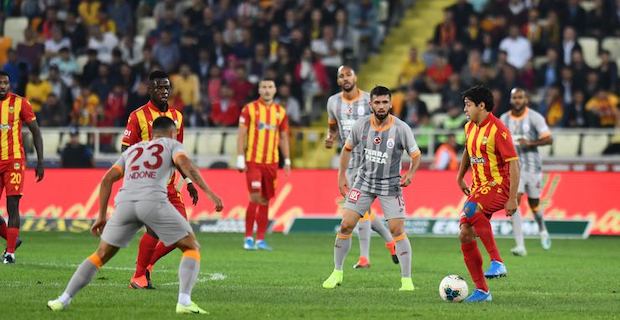 But Yeni Malatyaspor equalized in the second half.

Yeni Malatyaspor responded with a goal in the 89th minute by Guilherme Marques, who scored a beautiful shot just inside the penalty area.

As of the week five, Galatasaray have eight points and are in the sixth spot in the league table.

Here are results so far in week 5 of Turkish Super Lig:

Keywords:
GalatasarayYeni Malatyaspor
Your comment has been forwarded to the administrator for approval.×
Warning! Will constitute a criminal offense, illegal, threatening, offensive, insulting and swearing, derogatory, defamatory, vulgar, pornographic, indecent, personality rights, damaging or similar nature in the nature of all kinds of financial content, legal, criminal and administrative responsibility for the content of the sender member / members are belong.
Related News