Galatasaray gains a 3 – 1 win over København 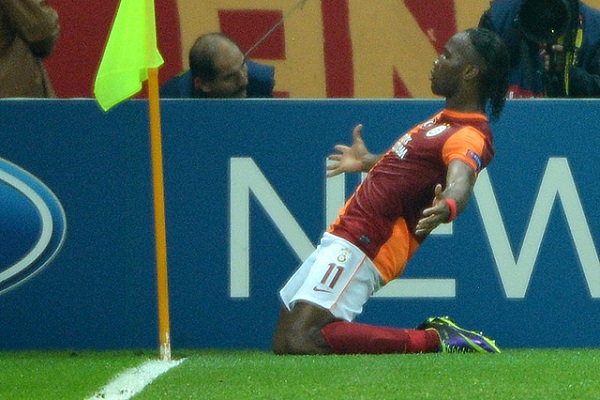 Galatasaray defeated København by three goals over one on Matchday 3 in Group B of the UEFA Champions League Wednesday evening on October 23 at the ASY Sports Complex TT Arena.

The first goal in the game was scored in minute 9 by Felipe Melo with a header after Dany Nounkeu crossed the ball to the penalty box passed by Didier Drogba. That was the score by the end of the the first half.

In minute 38 Wesley Sneijder sent the ball to the far corner of the goal net after he took the pass from the right diagonal by Emmanuel Eboué.

Before the halftime Didier Drogba scored the third goal for Galatasaray following a pass by Eboué.

Almost by the end of the match Claudemir scored for København in minute 88.

With no more scores from either side, Galatasaray gains a 3 – 1 win over København and rises to the second place in the Group B standings with 4 points when Juventus loses to Real Madrid.

For Matchday 4, Galatasaray will be visiting FC København at the Copengahen Parken Stadium on November 5 at 20:45 CET