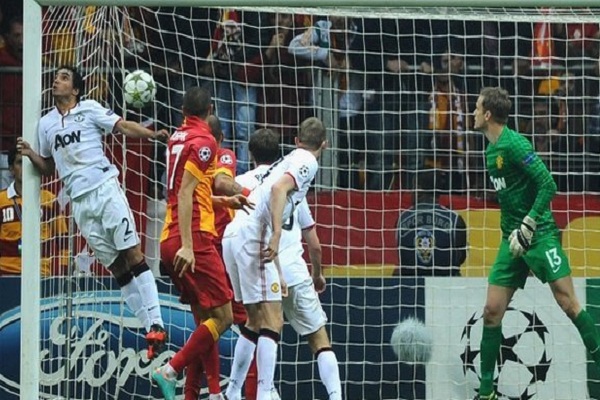 Striker Burak Yilmaz scored his fifth goal of the group stage early in the second half when he leapt highest to head in from a right-wing corner. The home side created the best chances, with Anders Lindegaard saving from Yilmaz and Hamit Altintop, who also saw a shot rattle the United woodwork. Teenager Nick Powell had United's best chance when his header struck the bar. With Cluj beating Braga, it was essential for Fatih Terim's side to secure victory over the three-time European champions.

At an average age of 24 years and 154 days, this was the third youngest starting line-up that Man Utd have ever selected in a Champions League game. Those two sides have seven points and are both vying for second spot, while United remain on 12 points, having already won the group. With qualification for the last 16 secured and having left several senior players at home, this encounter gave Sir Alex Ferguson the chance to see if the next generation could cope in an intense atmosphere. BBC sport