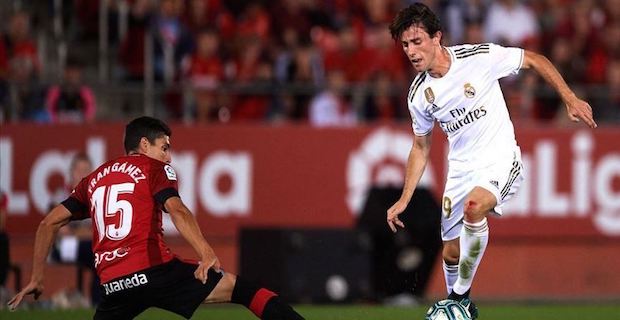 The title race in Spain intensified as La Liga giants Real Madrid, Barcelona, Atletico Madrid and Sevilla failed to gain wins over the weekend. Barcelona suffered a shocking 3-1 loss against Levante in an away match, as the Valencia-based team managed to beat Barça in an impressive comeback, winning their second match in a row. Real Madrid missed a chance to take the top spot following disappointing 1-1 draw with Real Betis at Santiago Bernabeu.

Atletico Madrid drew with Sevilla 1-1 in a highly-anticipated match of the week at Ramon Sanchez Pizjuan.

Since the "El Clasico" was delayed amid violent Catalan protests in Barcelona, Real Madrid and Barcelona have played 11 matches in La Liga so far.

Barcelona, Real Madrid and Real Sociedad each have 22 points at the top of the standings while Atletico Madrid and Sevilla behind them with 21 points.

Real Sociedad jumped to third place after they beat Granada 2-1 in an away match to earn their third win in last four league matches.

Leganes, Espanyol and Celta Vigo are currently in the relegation zone in the league.

The La Liga club have been on a disappointing streak for their supporters after losing last four matches in the league.

Keywords:
FootballReal MadridSpanish La Liga
Your comment has been forwarded to the administrator for approval.×
Warning! Will constitute a criminal offense, illegal, threatening, offensive, insulting and swearing, derogatory, defamatory, vulgar, pornographic, indecent, personality rights, damaging or similar nature in the nature of all kinds of financial content, legal, criminal and administrative responsibility for the content of the sender member / members are belong.
Related News